Education and Training Provider: No 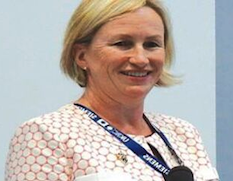 Charlotte Beardmore is Vice -President of the EFRS, and chair of the EFRS Radiotherapy Expert Committee and is pleased to be supporting the EFRS work packages with the project. Charlotte is a registered radiographer (Diagnostic and therapeutic) and is employed at the Society and College of Radiographers, London, UK as the Director of Professional Policy and co-chairs a government steering group on multi-professional advancing clinical practice for the entire health and social care workforce. 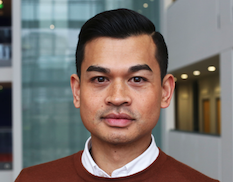 Dr Ricardo Khine is a therapeutic radiographer and commenced his training in 1997 based at both the Ipswich NHS Trust Hospital and University College Suffolk. Since qualification, he has worked in a number of radiotherapy departments in the UK up to a Superintendent III grade, gaining a breadth of experience in treatment, planning/dosimetry and education.

He has also worked internationally in radiotherapy departments in Melbourne, Australia and Las Vegas, USA. With an interest in teaching and education, he became a full time academic lecturer in 2009 at City, University of London teaching on the foundation, undergraduate and postgraduate courses. He later moved to London South Bank University to develop and lead the postgraduate radiotherapy course.

He returned to City, University of London in 2018, appointed as Divisional Lead / Head of Department for Midwifery and Radiography. Ricardo was awarded his PhD from City, University of London in 2017. His research area focused on therapeutic radiographer role development, specifically the perceived impact of the consultant therapeutic radiographer role in clinical practice. 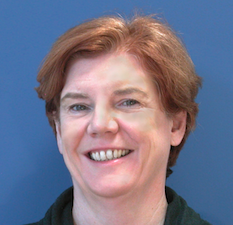 Helen is the lead research radiographer at The Royal Marsden NHS Foundation Trust and a Reader in Translational therapeutic radiography at The Institute of Cancer Research. She has recently been awarded a HEE/NIHR Senior Clinical Lectureship in the subject area of making ‘real time adaptive radiotherapy’ possible.

Her main area of research is the translation of novel radiotherapy technologies into clinical practice, involving the efficacy and efficiency of intensity modulated radiotherapy and Image guided radiotherapy (IGRT). Helen has contributed to national guidelines and is currently co-chairing the update of the NRIG IGRT report. She is a member of the teaching faculty of the ESTRO IGRT course and is a Fellow of the British Institute of Radiology. 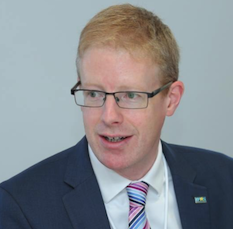 Jonathan is Associate Dean (Postgraduate Studies and Continuing Professional Development) in the School of Medicine, University College Dublin, where he oversees more than 75 postgraduate programmes across the School. He is a University Fellow in Teaching and Academic Development and has delivered over 140 conference presentations, contributed to over 70 journal articles, and has held significant national and international research grants. In November 2017 he was elected President (2017 – 2020) of the European Federation of Radiographer Societies (EFRS), having sat on the Board since 2014. He is a past Chair of the EFRS Educational Wing, a network of 65 universities involved in radiographer education.

He is the Associate Editor (Europe) for Radiography journal (Elsevier). Within the Safe And Free Exchange of EU Radiography Professionals across Europe (SAFE Europe) project, Jonathan is leading the EFRS group within the project who are responsible for four Work Packages.

Eric Sundqvist was educated in Radiation therapy in 1981, Umeå Sweden. He started to work at the Norwegian Radium Hospital, Oslo Norway in 1982. He was early dedicated to education of therapy radiographer, first as a part time lecturer. In 1986 he has the opportunity to develop a new postgrad course in radiotherapy for diagnostic radiographers.

He has been study coordinator for that program since 1987. He has also had I part time employment in the KVIST-group; Quality assurance in radiotherapy at the Norwegian Radiation Protection Authority. He is a course coordinator for one of the courses for the doctor’s specialty in oncology. Since 2015 has he been involved in education of RTT’s in Ethiopia.

He is a member of the SAFE-Europe project through EFRS. He has been a member of European Radiotherapy Technologist Education Development Group (ERTED) who developed the first Core curriculum for radiotherapy technologists, European Committee of Radiographers and Radiological Technologists (ECRRT): Radiation Protection Expert Group, Higher Education Network for Radiography in Europe (HENRE) and Scientific Committee for the International Society of Radiographers and Radiological Technologists (ISRRT) 18th World Congress.